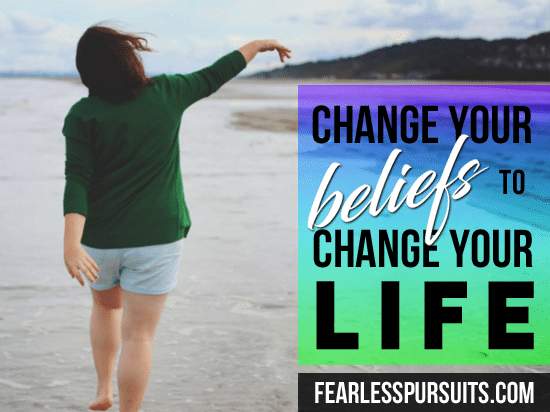 What if you could accomplish all of your goals and dreams in your life?

Let’s distance you from the physical reality of taking action for a moment. I know that sounds really unusual coming from me, when I talk a great deal about setting goals and taking tangible action on them in my coaching and blog posts. The action I’m discussing with you today is a quite a bit different, and just as important!

Commit To Change Your Life

We’ve gone to school to learn about math, language arts and science because this was the focus the world told us that we needed to have. For most of us, the growth simply stops there. We become tired and simply ready to make money, so we leave the learning mode behind and transition right into the “working” mode.

I can’t blame anyone, we need money to survive after all!

So here we are, years later feeling dissatisfied with how our life is shaping up and feeling like there must be more in life. This is where you have to say enough is enough, and commit right now to doing the inner work. Be bold and confident in your cause, and do a little work every day!

Get your FREE Self Sabotage Course Today!

Change Your Beliefs To Change Your Life: How To Eliminate Limiting Beliefs

The first step in eliminating beliefs is identifying them and confronting them. Once you are able to do this, you can move forward to creating more beneficial beliefs to aid you on your journey to success and abundance.

This is where the magic starts to happen. In some cases, it can drastically change your life almost instantly!

Think of that one closet that you have in your house, full of junk that no longer serves you. Most of us have one, even if it’s actually just one of the kids’ closets. You don’t want to “deal” with it, do you? Yeah, I’ve been there. Frankly, it’s a daunting and overwhelming task!

Unfortunately, the only way to ever have a clean closet is to open it and let the avalanche of junk fall out. Sure, it looks scary at first. Maybe some junk is even a bit painful to revisit. But just as your closet has to look worse before it gets better, so does your mind.

You’ll take the time to address what’s holding you back, IF you truly are committed to your goals. Most of the time, we know that we’re holding ourselves back, but we don’t want to delve into the inner work.

So how do you identify limiting beliefs? For starters, we can look at what we want and ask ourselves why we don’t have it or why we can’t have it. This is an indicator of what is holding you back. It’s the silly things that we have imprinted on our mind and chosen to believe.

A great deal of limiting beliefs are rooted in the much bigger belief of “I am not enough“.

These beliefs come from being told or shown that we’re not enough in some way. People we’ve looked up to, expected love from, or cared about have a tremendous influence on us.

When we’re more vulnerable and impressionable, we see these experiences are personal attacks. Then, we attach them as part of our identity. Some examples of this include:

Whatever the belief, it’s important to recognize them for what they are. Beliefs and nothing more. Circumstances and influences we’ve attached to our very being that we’ve accepted as fate. Why? Because doing that is more comfortable than taking responsibility for our power to change it.

A simple breakdown of the process to eliminate limiting beliefs…

Now that you understand how to eliminate limiting beliefs, you can begin a smoother journey to your dreams. Without limiting beliefs holding us back, our power to create a brighter future is so much stronger and easier. Now that you’re aligning with your goal and not standing in your own way, the right people for your journey will find you. You’ll tap into the infinite source of abundance the universe has to offer you!

what if your soulmate could walk into your life right now?